A company known for a white bar of soap is seeking to change the meaning of beauty in the minds of women all over the world. Dove conducted a study, The Real Truth About Beauty: A Global Report, which found that only 2% of women in the world consider themselves beautiful, Dove began a campaign hoping that it could make a positive impact on women across the globe. Not to mention other important goals, like building brand awareness and an emotional connection with women, which in turn would make Dove more relevant and profitable.

Launched in September of 2004, the Dove campaign for Real Beauty has been starting conversations about the definition of beauty for ten years. The campaign has been so successful that Dove developed their Confidence is Beauty line to complement its strategic advertising message.

Social media played a big role in the success of the campaign. YouTube has proved to be very effective in getting eyes on campaign content. In 2006 Dove released a video called Evolution on YouTube, which had only launched the year before, and the video went viral. At the time I am writing this post, it has over 17 million views.

Other beauty brands have not been so lucky on YouTube, and it is important for them to find out why. According to big data software company Pixability, only 3% of the 14.9 billion beauty-related video views on YouTube benefited major beauty brands’ YouTube channels. Beauty brands need to pay attention because The Digital IQ Index®: Beauty Report found that YouTube became a more significant tool for the beauty industry from 2011 to 2012. Click on the graph to the right to see how video views increased on YouTube from 2011 to 2012.

The data in this study highlights the tipping point for share-of-voice for the beauty business. More importantly, these YouTube dynamics will have a profound effect on how beauty brands and their agencies market and advertise.

YouTube has certainly had a profound effect on how Dove has advertised. In 2013 Dove Real Beauty Sketches became the most watched ad ever! Dove advertised the sketches in 21 countries and increased paid advertising and paid search after the video’s popularity skyrocketed. Dove is ahead of other brands with their video marketing efforts. According to Kantar Media, only about 24% of national brands are using online video to market to consumers. Video is a huge opportunity for brands.

YouTube and other social media channels are perfectly positioned for beauty brands. A study by Dove of 1,000 women ages 18-64 years revealed that 63% of women think that social media has a bigger impact on how we define beauty than print media, film, and music. People look to social media to help them decide what beauty is, and Dove provided the right messages to the right people via the right channels.

Another study by Dove discovered that 82% of women think social media influences how we define beauty. Dove uses social media and this newly discovered viewpoint to its advantage in its new film Selfie. The video encourages women of all ages to redefine beauty through visual media such as selfies posted to social media platforms like Facebook and Instagram. I watched Selfie and I loved it so I shared it on Facebook when the video ended. I emotionally connected with the video, and created more brand amplification for Dove.

Haven’t seen it? Watch it now!

But how do we know that Dove’s campaign for Real Beauty is really selling more product? Dove does not reveal sales figures but executives at Unilever, Dove’s parent company, suggest that the campaign has expanded sales. Jennifer Bremner, brand director of skin cleansing at Unilever, said the campaign was “obviously a positive for us, not just in the power of the brand, but also ultimately in sales.”

Although successful, Dove’s campaign has raised some questions of authenticity. The ads of unedited women in panties and underwear may look authentic but some people question the motives of Dove. Fully aware that the Real Beauty campaign could be perceived as a shallow marketing ploy, Dove decided that it needed to not only speak but act on the issue. As a result, Dove has partnered with organizations to provide activities and programming to encourage self-confidence in boys and girls.

Dove found a message to spread to consumers that is relatable and relevant in society today. In a study of over 1,200 10-17 year olds,  72% said they felt tremendous pressure to be beautiful. Dove is responding by saying:

We believe beauty should be a source of confidence, and not anxiety. That’s why we are here to help women everywhere develop a positive relationship with the way they look, helping them raise their self-esteem and realise their full potential.

As evidenced by the popularity of Dove’s viral YouTube videos, consumers are engaging in conversation. Ultimately, an emotional and engaging relationship with women is likely driving more sales for Dove, and that is a big win!

An even bigger win is spreading an authentic message about the true meaning of beauty and empowering women around the globe to grant themselves the love, acceptance, and glorification that they so easily give to others. Dove has proved that their brand is unlike shallow, skin-deep health and beauty brands, and that is what women deserve.

Dove has stated that the Real Beauty campaign is not over yet and believes there is still much to be done to widen the definition of beauty. We can expect more videos to be published to YouTube by Dove in the future. 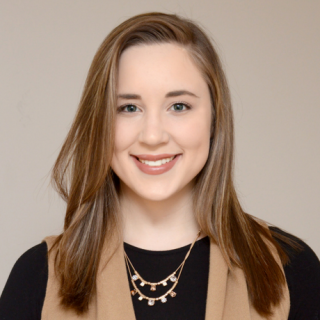 I'm a marketing professional in the DC area who loves shopping, restaurants, good beer and lots of laughs!